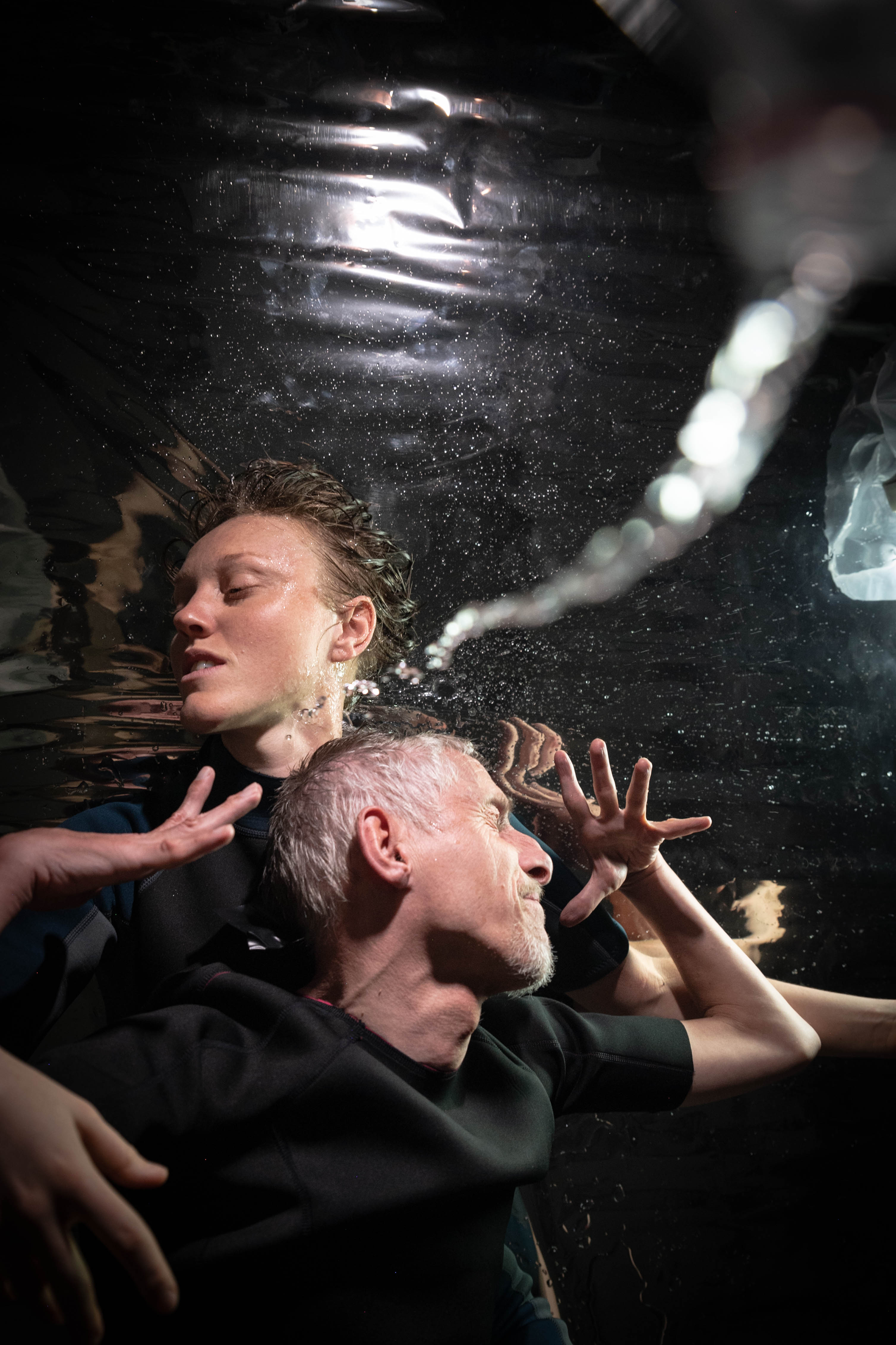 Everybody has its own identity in relation to the skin. The texture of the skin changes and transforms constantly through contact with others. This applies equally to people of different abilities, different ages and even to the surface of the earth, which is shifting ever faster in the current age of the Anthropocene.

Performed by Roland Walter, a dancer with full-body spastic paralysis, and Renae Shadler, a non-disabled dancer and choreographer, SKIN creates a universe of its own in which their two distinctly different bodies can come closer to each other. This intimate duet transcends the performers’ physical borders to imagine a shared movement language inspired by sea anemones, liquids and earth’s surfaces.

SKIN explores new ways of relating to each other, deepening our ability to glide back and forth between different types of experience and physicalises how our environment both shapes us and is shaped by us.

“For me, “SKIN” was not only a well constructed piece, but also one in which the amalgamation of movement, bodies, scenography and sound gave a poetic insight into the way we connect. To be offered a glimpse of this part of our humanity touched me deeply.” – Tanzschreiber, August 2020

Renae Shadler is an Australian choreographer, performer and researcher based in Berlin. As founder of RENAE SHADLER & COLLABORATORS, a project-based collective creating multidisciplinary performances with touring artists and non-professional participants, she has created work for theatres, train stations and city squares. Her original works weave together detailed physicality, voice and the larger dramatic gesture with warmth and sensitivity.  Since 2015 she has been developing her ‘Worlding’ choreographic practice which is anchored in post humanist discourse and explores the reciprocal process of how we are both shaping and being shaped by our environment. Renae has presented and developed works at the Dancehouse – Australia, Palais de Tokyo Museum – France, Tanzhaus Zürich – Switzerland, Radialsystem and HELLERAU – Germany, among others. Her current projects include ‘Silkworms’ in collaboration with Mirjam Sögner, the ongoing research lab ‘Moving across Thresholds’ and the podcast series ‘Worlding’.

Roland Walter was born in Magdeburg in 1963. At birth he was born with a lack of oxygen, which is the cause of his spastic paralysis. Walter lives with assistance in Berlin. In 2010 Roland started working as an artist. As a performer he experiments with his body and works with artists worldwide, showing the audience a change of perspective. Roland also holds lectures and workshops in schools. So far Roland has worked and researched in Berlin at Theaterhaus Mitte and in the Sophiensaele.