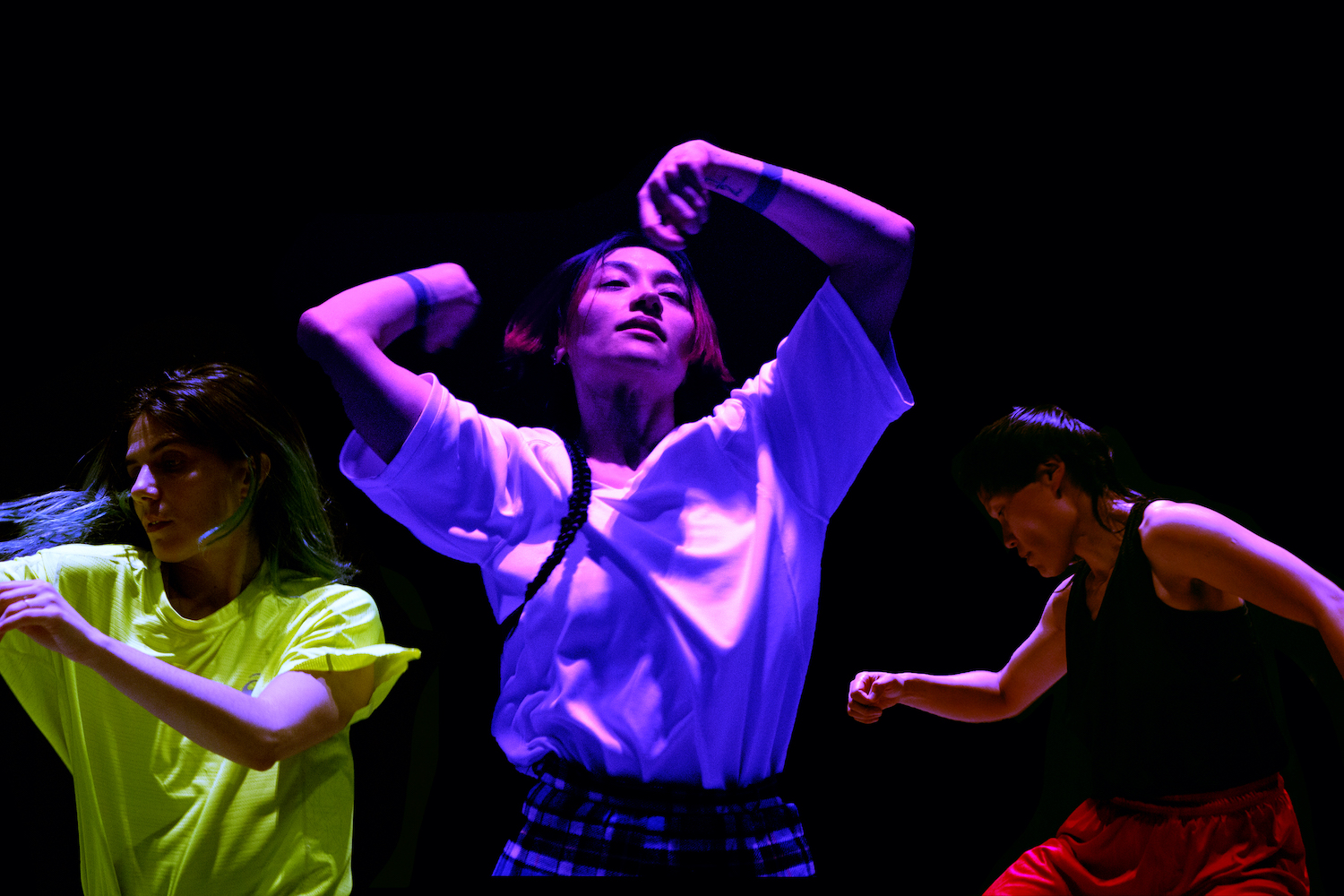 Premiere presented on May 26, 2021 at the Espace Danse of the Wilder Building as part of the Festival TransAmériques program.

With its celestial bodies launched into orbit, vibrating in a lustful and hypnotic ritual, Dog Rising mirrors the life cycle, the dynamic flow of matter.

From primitive impulses to gestures that are at times sexual, at times mechanical, Clara Furey’s new creation comes together like a polyphony of pulsating bodies, in turns dissonant and in unison. The choreographer pursues her exploration of physical phenomena, initiated with Cosmic Love. She turns her attention to the way sound vibrations penetrate the bones, the way our skeletons absorb shocks, and listens closely to the presence of the body as it fully manifests itself.

On stage with Winnie Ho and Be Heintzman Hope, Furey erects an architecture of pleasure. The trio is inhabited and nourished by empathy and acute attention to the energy of the body and to others. Through their tireless movement work, tensions are released in the endless repetition of cyclical gestures. Dog Rising invites us to embark on an extreme journey, a mesmerising, haunting, and penetrating spiral. It is an invitation to grow and regenerate physical strength through shocks and discomfort sublimated into joy, with a musical score by her loyal collaborator Tomas Furey.

With Dog Rising, Furey concludes her exploration of tension and immobility, freeing previously contained energies in a performance focusing on the notions of velocity and the unfolding of bodies in space. 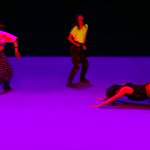 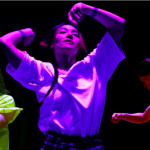 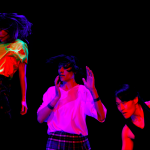